Sex And Violence At The Water Puppet Show*

Our next stop on the luxury trip to Ha Long and our cruise was in a village way off the freeway, Yen Duc, expressly built, I surmise, to feed and entertain luxury cruise travelers such as ourselves.

According to the Dung Dynasty scholar Quang Phuc Dong,** water puppetry began in the 11th century as something to do while the rice was growing. Almost certainly it is related to the monsoon. The stage typically is a pond built for theatrical purposes. Four or as many as eight puppeteers are concealed in a building at the head of the pond, manipulating the wooden/lacquered puppets through their motions by way of bamboo poles. The performance is accompanied by music (piped in, very loud), a chorus (similar to classical Greek theater) that comments on the action and sometimes warns the puppets of impending threats. Typically, half a dozen stories are told, chiefly of traditional village life. I was particularly impressed by the dragons and their gyrations, so to speak, resulting in a baby dragon, and the farmer violently chasing a fox away from his ducks. Afterwards, we were served the first of many very large Vietnamese meals, many, many courses. And then we were back in our luxury vans for the final leg of our trip to Ha Long. On The Road To Ha Long

Vicki had booked us into a three-day cruise on Bai Tu Long Bay, followed by a couple days' light trekking in Sapa, up in the mountains. Travel to and from both places was to be by a "luxury" van, seating 9 in a pinch, but normally 6 or fewer. So on February 20th, we stowed some of our gear at the O'Gallery and then rode, in luxury, to Ha Long, the port from which the Halong Bay and Bai Tu Long Bay cruises depart. The road to Ha Long was memorable, for the luxury, the scenery (rice paddies), the company (especially a nice couple from Durham (England)), and the stops...one at an interesting bus-stop/shopping mega-center, the other for lunch and the long-awaited water puppet show. The latter will require its own separate post. Of course. 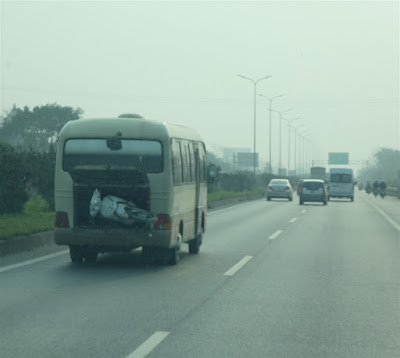 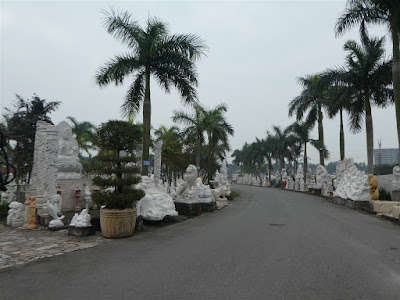 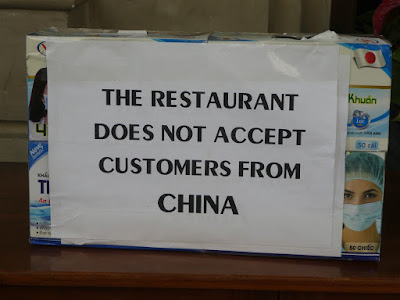