Having had enough of Las Vegas and growing concerned about the coming weekend crowds, we retreated to a popular casino-docking site overlooking Lake Mead, the Hoover Dam Lodge, and stayed there four nights. The desert is a windy place in the spring, we are learning, and on this bluff overlooking the lake we had four days and nights of nearly gale force winds, temps in the 60s, but sunny. We did most of our walking in the casino (masking enforced), and made the usual token offerings there. It was, in my estimation, an unusually fine casino: $.05 machines aplenty, free drinks if you're playing, including something they said was scotch. Ask for it on the rocks and you get a scotch-flavored snow cone. Only a 94% pay-out, however, which is not all that great. The parking lot overlooking the lake and trails was gratuite et illimite, as we say in France, so that made it all worthwhile. Even stronger winds were forecast for mid-week, so we decided to head back to Vegas for some provisioning, and then, via the scenic Red Rock Canyon and a formidable pass, on to the fair town of Pahrump, Nevada, where we are holed up now at the Escapees' Pair-A-Dice (get it?!) RV Park. We'll stay here a few more days before heading back to California. Pahrump is noted for many things, not least of which is the presence of some famous brothels, including the BBC-featured Sheri's Ranch, two-time winner of the Brothel of the Year Award. Look it up.

Continuing our brief visit to this heart of American culture... 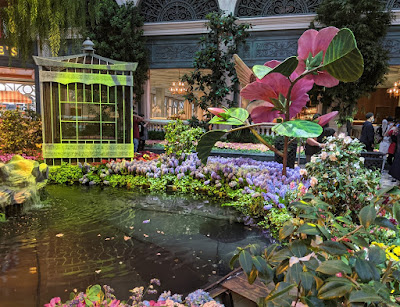 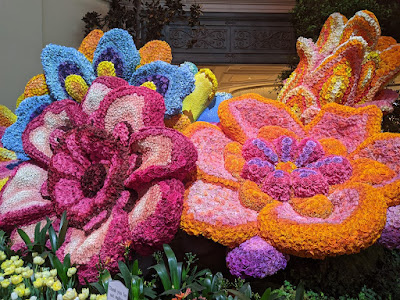 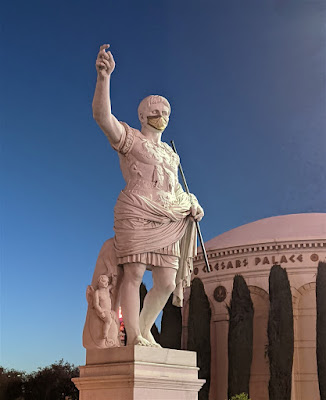 After returning from snowy Montana, we picked up Le Sport, moved back in, and drove it around the environs a bit, to make sure the engine didn't reject the transplanted transmission. Alles in ordnung, so far. Just to be sure, we stayed nearby for a week, casino-docking at the nearby Pauma reservation (also visiting the ritzier Pala and Pechanga tribes, making offerings in their gaming halls, too), and also spending three nights at the popular Dripping Springs National Forest Service campground. Satisfied that there was nothing obviously wrong with the melding of new (re-manufactured) transmission and old engine, we then boldly set forth for Las Vegas and the Circus Circus RV park there, planning on four days and three nights in these familiar digs.