We have been more than a month now holed up in our RV, in daughter Rebecca's driveway. Menlo Park, Middle California, Bay Area. She and husband Jeremy are working from home, doing the shopping and sanitizing. Rebecca and Penelope are teaching and learning, respectively, at a distance, their schools shut down for the duration but fully online. We are all isolated, sequestered, quarantined, sheltered in place, hunkered-down. Living under RV-arrest, as Rebecca says of us. The biggest event every day, most days, other than seeing grand-daughter Penelope, is the arrival of the FedEx, UPS, DHL or USPS trucks. We have given up on Instaklept.

This last month my travels have been bound by Marsh, Middlefield and Bay Roads, Edison Way, and 5th and 14th Avenues. A square mile, maybe. I haven't driven a car or camper (or been in a store) since March 16th. Next door neighbor Maggie loaned me one of her bicycles, so I now have the option of pedaling around, in addition to walking or jogging. These older suburban streets are not exactly crowded, but the demographics of the place are such that everybody's home, working or not, and going for walks, 2-3 times a day. Sort of a day-long neighborhood paseo. Dogs will remember the pandemic as their Golden Age.

We lived in this neighborhood, North Fair Oaks/Atherton, during various months in 2011-2013, helping care for infant/toddler Penelope while her parents worked, and we have returned more than once a year since then for extended visits with daughter Rebecca and family. We know the area pretty well...Menlo Park, Palo Alto, Atherton, Redwood City, Mountain View. All the shops and stores and restaurants and schools and universities and offices and shopping centers and parks we can't go to now.

The neighborhood is still very much in transition. When we first lived here, in 2011, a real estate boom was already well underway. Older middle class residences/rentals were being sold and renovated or replaced with much larger single family residences, costing millions. A walk down nearly any street today will reveal some large, new multi-million dollar homes. Next door might be an original 2 bedroom/1 bath 1940s home, with added-on rooms, a separate cottage and a separate garage, converted into another apartment. Still worth a million+ in this market. The real estate boom has now whimpered to nothing, like the oil market, but will recover, to some extent. So one hopes. Much of the real estate investment on the Peninsula in recent years was Chinese....

Vicki and I are both fine. Being together 24/7 is nothing new for us, since 2008 anyway. Even in a space as small as a 24 foot RV. (We've been in smaller ones, too). We're reading a lot: her fantasy "crap" (her term), my history/biography/literature, lots of news/analysis/opinion over the internet, our main source of information. Instead of blogging, I'm leisurely going back into my 3500+ previous posts, enlarging some of the pix and doing some light editing. Maybe later I'll get into more serious editing. Maybe not. For the present I'm enjoying the vicarious travel afforded by the blog posts, not to mention the digital frame that randomly runs through some 8,000 pix from the last 12 years. Pleasant memories. But the memories often turn to unpleasant questions: wondering how this or that museum or market or hotel or campground or restaurant will fare, how the many friends and acquaintances and kind strangers we've met will fare...whether we'll visit any of these places ever again....

The lock-down has been beneficial for us in one way. There has been ample time to work on our (North American) RV, Le Sport, repairing this, improving that. We have worked on the furnace, the bath, the shower valve, re-caulked the shower, done some minor vehicle repair, installed various new lighting inside and out, removed the crumpled tinting from the windows, installed mirrors, door stops, magnetic catches for the galley's overhead bins; and more, which I have probably repressed. I still have to replace the black tank blade valve but will probably wait to see whether I survive the pandemic first. Fellow RVers will understand. We have been able to do all this largely because of numerous hardware and other purchases via Amazon. Vicki got a hand-written note from Jeff Bezos a few days ago thanking her for her continued loyalty in these difficult times.

As I write, it is April 26th. According to our original 2020 plan, we would have been in Europe, on the Camino Portuguese by now, walking for 2-3 weeks from Porto along the Portuguese coast to the junction with the route we trekked to Santiago (Bom Caminho!) back in 2017. Vicki was never particularly enthusiastic about this new project and notes now with satisfaction that the weather forecast for Porto and vicinity the next two weeks is pretty much rain, cold, and wind. Probably some fog too, I add. But all that is ever more reason to be happy where we are, holed-up, hunkered-down, but having fun with loved ones. 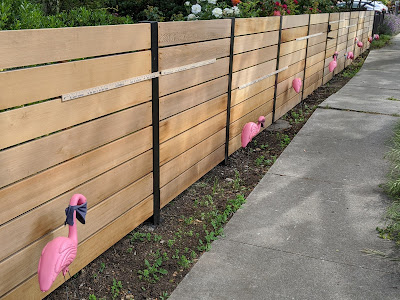 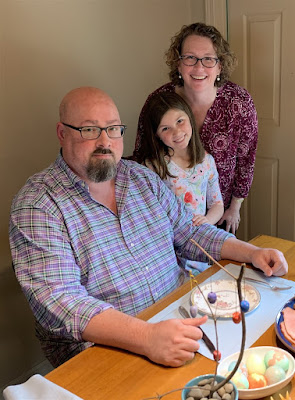