We wanted more of Noto and so went back the next morning. Alas, despite the campground keeper's advice, it was pretty much all over, the markets, the crowds, the turbusses, all gone. But the floral mosaics were still there, wilting a bit, and also Noto's grand architecture, and a city getting back to normal after its annual extravaganza. 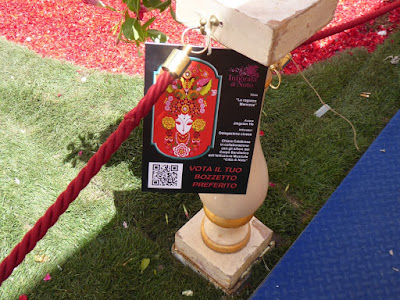 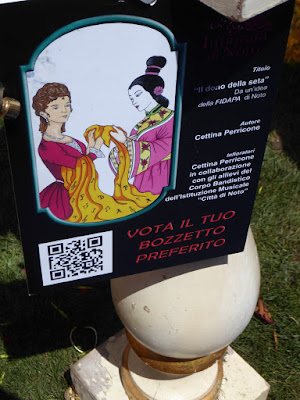 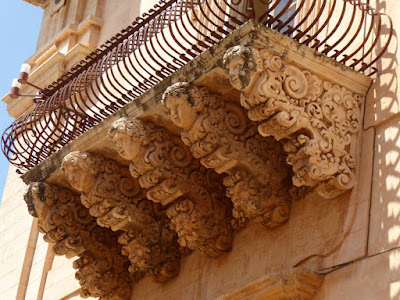 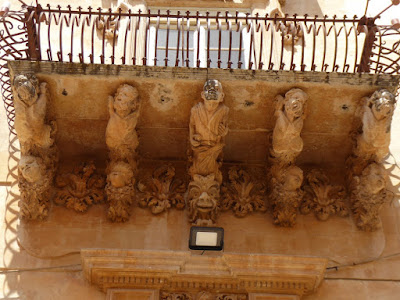 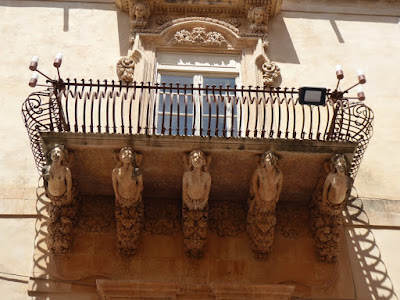 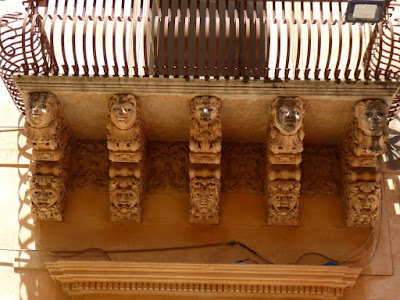 We had never been to Noto before, nor even heard of it. Normally we would not go out of our way to see anything Baroque, even a town known for  it. One can hardly avoid Baroque in this part of the world. But Noto is another World Heritage Site, it gets three stars for its architecture, according to some guides, its story reminded us a bit of Napier, North Island, and, most important, we had read that Noto's flower festival, going on that very weekend, was one of Sicily's big shows. One of the highlights of our 2011 Sicilian campaign was happening on to Sciacca's Carnival--Sicily's second largest--and we were hoping Noto's flower festival might be another stroke of such good luck. It was.

The original Noto, an important site from prehistoric times, was leveled by an earthquake in 1693. The new town was located some miles closer to the sea, the Ionian Sea, and, being a regional capital, had enough wealth to rebuild itself in the architectural fashion of the day, Baroque. Students of this blog will recall our visits to Napier, North Island, which had a similar experience, sort of, only in the 1930s and in Art Deco.

Anyhow, we spent the best parts of two days at Noto, and took lots of fotos. 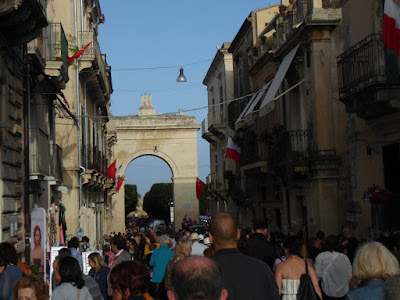 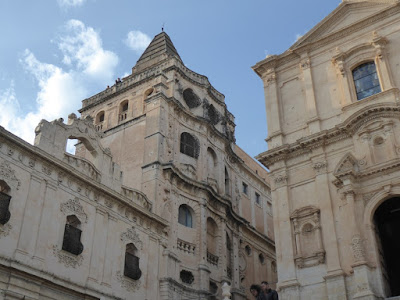