Kim and Dave departed Monday morning. Noting we had only four days left of our visit in Paris, we studied our to-do/see list, prioritized, and took the RER out to St. Germain-en-Laye and the royal chateau there, which houses the National Archaeology Museum. It's been many months since we had a good paleolithic or neolithic experience. The chateau was built in the 12th-13th centuries, mainly by Louis IX. Perhaps the most remarkable part, and the only part remaining of the high Medieval castle not scourged by the Black Prince, is its chapel, by Pierre de Montreuil, which pre-figures the latter's Saint-Chapelle in Paris. One look at it and you figure it was the same architect and the same purpose as Saint-Chapelle. The Crown of Thorns was delivered here and resided here until Saint-Chapelle could be completed. The windows at St. Germain-en-Laye are gone, but it's still a rayonnant wonder. The rest of the castle was rebuilt in the 1360s. Oh yes, the chateau at St. Germain-en-Laye was an official haven for Jacobites in the late 17th century, and James II is buried in the town. Alas, we did not see much of St. Germain-en-Laye, the town, which looked very appealing. 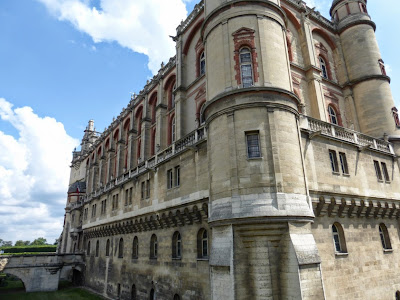 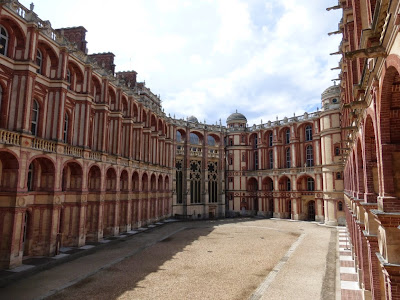 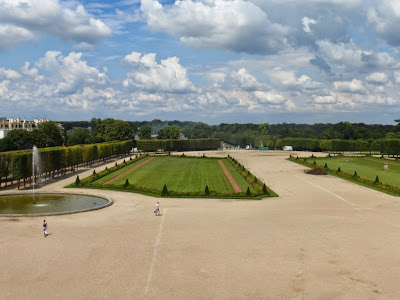 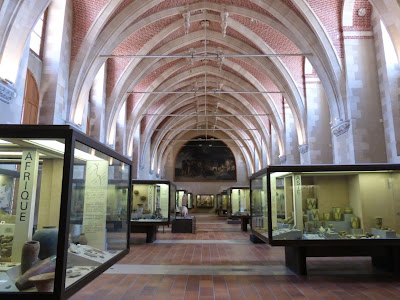 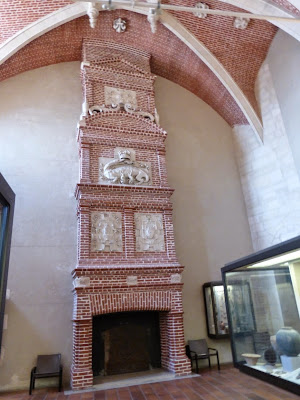 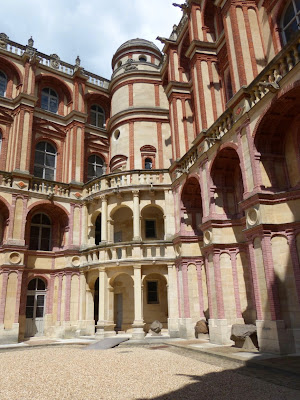 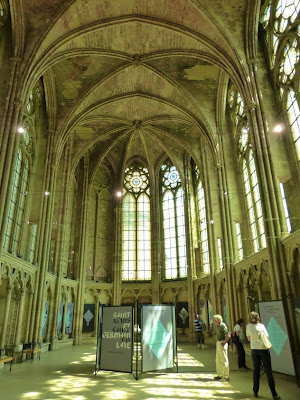 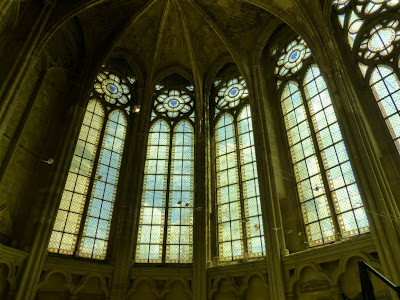 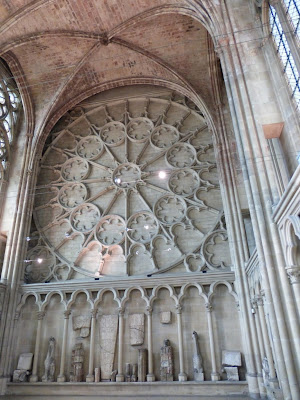 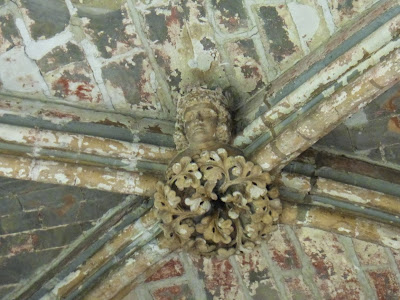 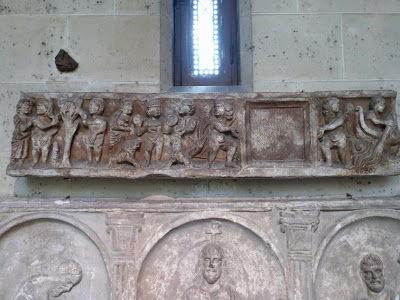 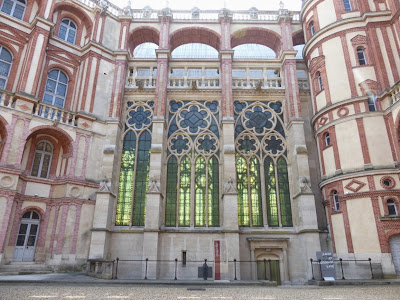 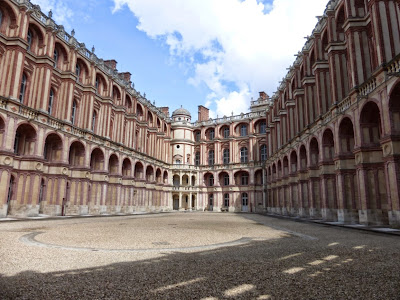 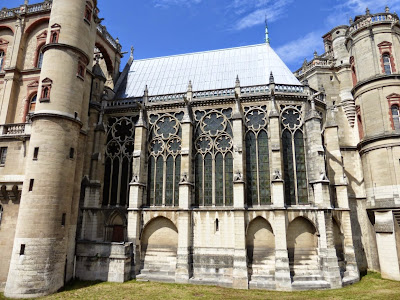 Vicki had wanted to see the fountains at play, so we met Dave and Kim at Versailles Saturday afternoon after they had toured the big house, and enjoyed the water show together. Nowadays, they do the fountains four times a week, including a night show.

The churches of the Marais don't get a lot of attention. There are too many other things of note in this district. I had a return to make at the BHV ("eternal return" is not a myth), and most of the other things I had hoped to see in the area didn't pan out. So, I visited a few of the churches I had noticed on previous visits.

Guimard is not to Paris as Mucha is to Prague or Gaudi to Barcelona. But close. And if you know a bit of Art Nouveau and Belle Epoche, etc., you know his name and look for his structures here. We've seen many and wanted to see a few more while we were here. The first is the Metro entrance at Porte Dauphine, one of two remaining full-scale entrances, c. 1900. The second was Guimard's own home, the Hotel Guimard, at 122 Avenue Mozart in the 16th, done in 1908. A bonus was the Villa Flore across the street, one of his last works, done in about 1924, well after Art Nouveau was over.

PS: Getting from Porte Dauphine to 122 Avenue Mozart allowed us to walk nearly the length of the Bois de Boulogne, which we'd been wanting to revisit. I'll post a few pix in the next out-takes. Although there is much to like in the B de B, it's still pretty seedy, in parts, by day as well as by night. 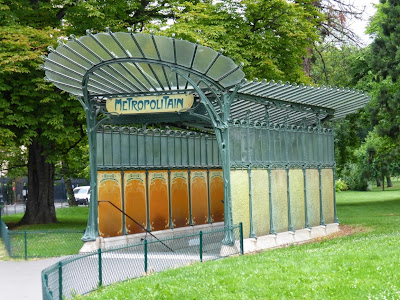 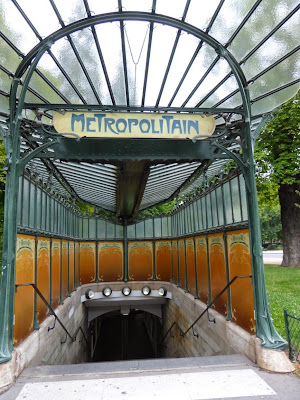 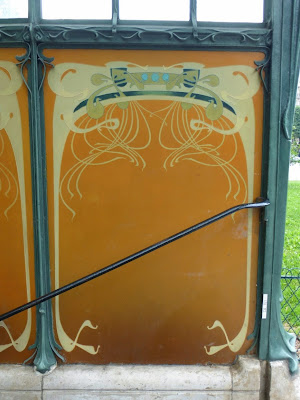 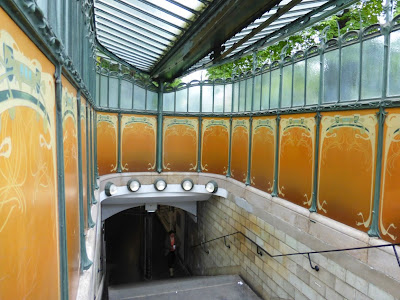 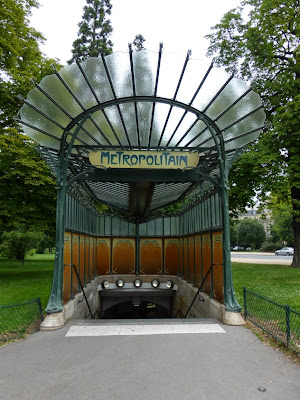 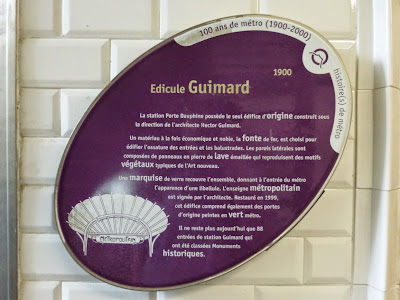 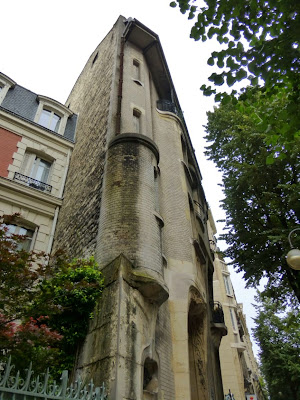 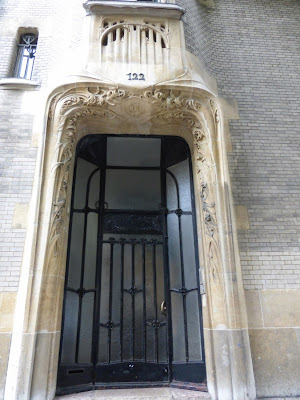 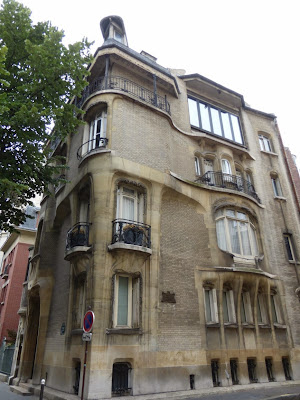 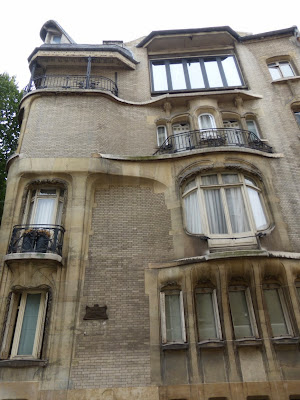 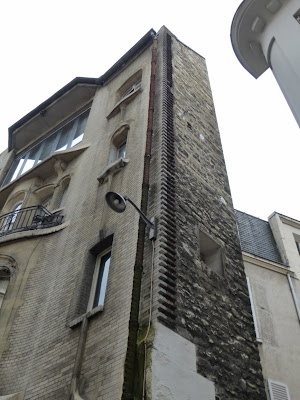 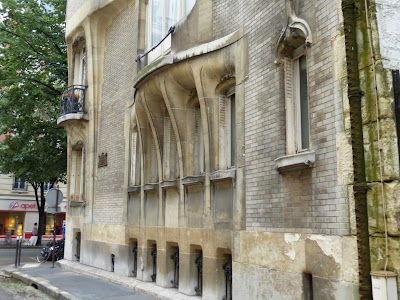 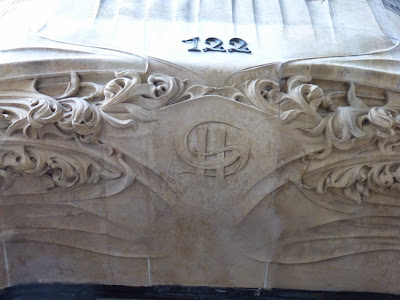