Madrid has three large and famous art museums, the Prado, the Reina Sofia (Guernica and more), and the Thyssen-Bornemisza. For reasons we can not imagine, much less remember, we had never been to the Thyssen, and so, after a day's rest and relief from Goya and El Greco, we spent most of a day at the Thyssen, being overwhelmed by the size and quality of the collection and the visiting special collection of masterworks from the Museum of Fine Arts/National Gallery from Budapest. The Thyssen is very young as major museums go, just 25 years, but almost every historically great painter is represented in some form or another. In a couple of its many halls are the largest collection of American (USA) paintings we have seen in Europe. I took 260 pix at the Thyssen, but will heroically edit them down to 40 or so, more or less chronologically. There were many discoveries, many curiosities.

Best Mountaineering/Travel Bookstore Ever, So Far

For some years, we have kidded about doing The Way, the Camino Santiago, or some suitable stretch of it. Not that we are, um, particularly devout, nor that we have some vow to keep. The Camino is very old, muy famoso, many trails, many variants, many sites, in France and Spain, and Portugal, all ending at the tomb of St. James, in Santiago de Compostela, in Galicia, northwest Spain. (We were there in 2010; see http://roadeveron.blogspot.com.es/2010/01/santiago-de-compostuela.html for enlightened commentary). We like treks, especially if the scenery is good or if they are historic. And especially if there are refuges or huts or pilgrim hostels along the way and auberges and ristorantes and cafes and wine bars so you don't have to carry a heavy pack. Or if other fun seems likely or you even get a compostela or maybe even a plenary indulgence for your trouble. We have (inadvertently) driven much of the French version, especially as it crosses Spain, and were thrilled to learn that there is a somewhat less crowded, much more scenic version, the Portuguese Way. Better yet, it is known as the easy version of The Way. So we have resolved to become Pilgrims, at least for a week or so in June, and consequently have been looking for the authoritative (and in English, too) guide book, A Pilgrim's Guide to the Camino Portugues, 8th edition, by John Brierly. The publisher and then his distributor for Spain directed us to bookstores in Madrid, the most interesting of which, by far, was Libreria de Montana, not far from the Prado. Alas, they had only the 7th edition, published in 2016, not nearly good enough for us serious prospective Pilgrims. But just seeing the store was an extraordinary treat. 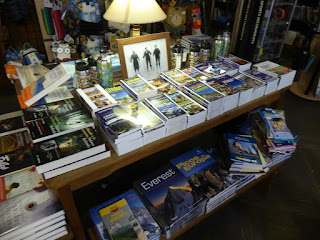 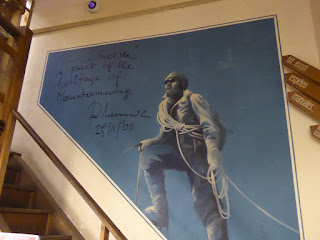 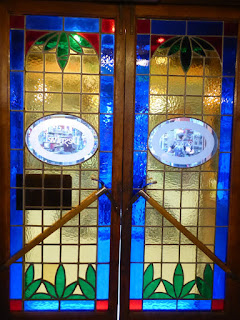 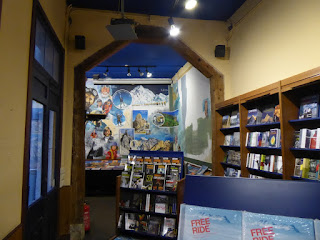 This was our third visit to the Prado (April 24th), spending pretty much the day in the museum, as in previous visits. I think 2013 was my best visit, bringing more knowledge and certainly a more open mind to the great collection. In 2017, my interests are more narrow, and much of the museum is of, um, rather less interest now. I think I have now seen enough Goyas and El Grecos for the rest of my lifetime. I am still intrigued by Velazquez, and the main interests for me at the Prado remain the older Low Country paintings collected by the Hapsburg royalty of Spain, way back in the good old days. We always make a bee-line for the Garden of Earthly Delights and stay in that room full of Bosch's greatest hits for an hour or more.