So ended our three months in the Iberian peninsula: sorting/inventorying/packing/cleaning at the Carrefours and the camper storage place in Figueres, and in the heat; and then a pleasant evening at a hotel in Barcelona, air conditioned even. And then the flight back to Middle California. It was another great trip, the past three months, and I think we both enjoyed Spain and Portugal even more than we thought we would. We'll be back in Barcelona and Figueres in October, after American and African travels, touring back into France and then Italy, storing Le Duc in Rome. And we'll be back again in the spring, after a month in the States and the winter in New Zealand, for more of Italy and then of France. Catch you later on down the trail.

The route to Spain and Figueres took us across another pass--not so steep as the previous one, and with a breath of cool air at the top--and then through scenic valleys, past Girona, and ultimately to Quart, where we would spend the night before proceeding on to Figueres. Storing Le Duc in Figueres would require another couple days of sorting, packing, and cleaning before the bus to Barcelona and the plane to San Francisco. We wound up in Quart because we had failed to appreciate the need for reservations at the campgrounds near Figueres. It was a national (Catalonia) holiday and a 4-day weekend, and very hot, and everything was completo. We paid the price. 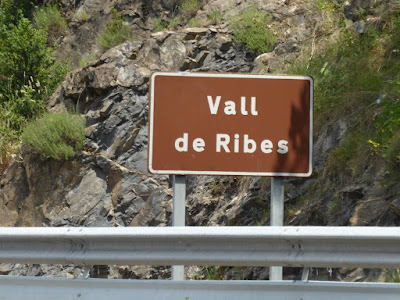 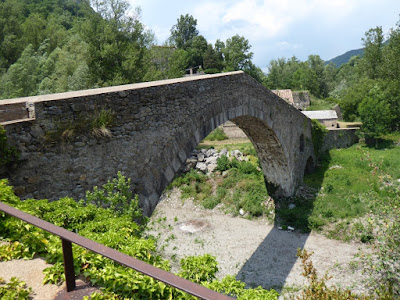 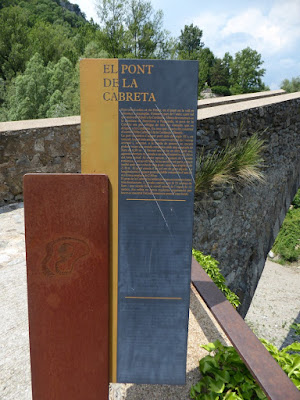 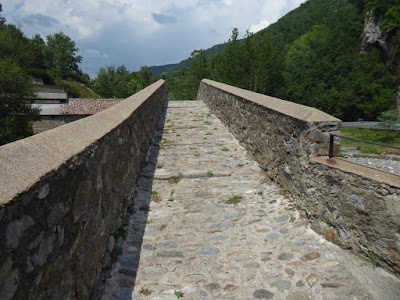 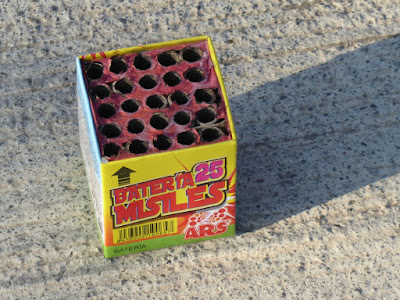 So at last we made it to Andorra, the town of Julia-something, which we initially mistook for the capital. The TI-babe set us straight on that. After spending the night at the nice aire at Julia-something, we decided to drive the length of Andorra to the French border and then back to the Spanish side to shop at the LeClerc there. 6k. The upscale shopping was on the French side, we understood, but not needing anything upscale, we headed back toward Spain, and Figueres. We actually liked Andorra though we hardly did it justice, touristically. Maybe next time. 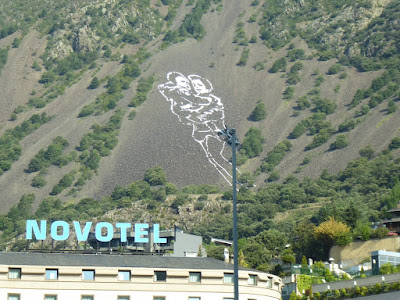 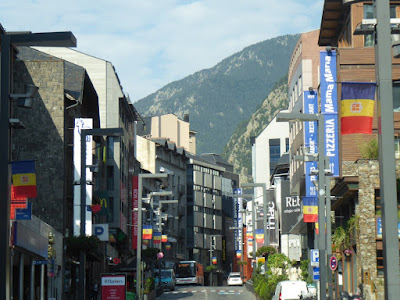 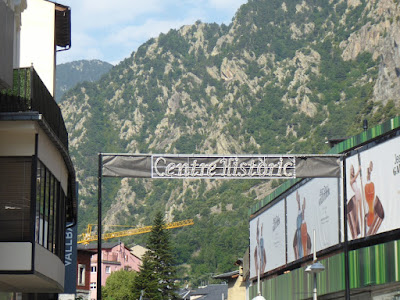 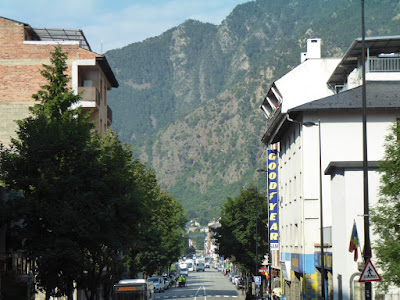 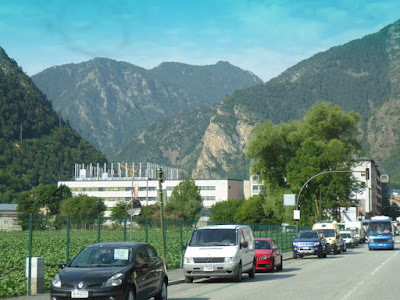 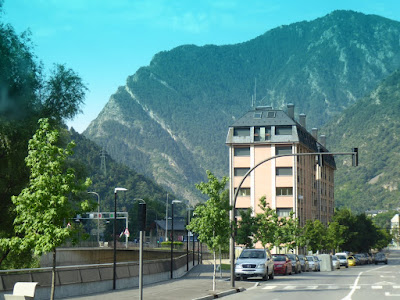 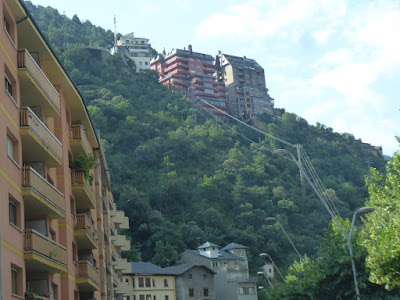 Andorra is a small nation situated in the Pyrenees between France and Spain. Its history as such is an interesting curiosity, a monument to international agreement when nothing much is at stake. So far as we could tell, it consists of a mountain valley with steep sides, picturesque, if isolated. It stood between us and Figueres, and, most importantly for all concerned, it charges no sales tax. On anything. Gordon had said, if you're interested in cheap booze, not to mention other things, go to Andorra. So we did. There's only one road in from Spain, and only one road out, to France. Mountains either way. But worth the trip. 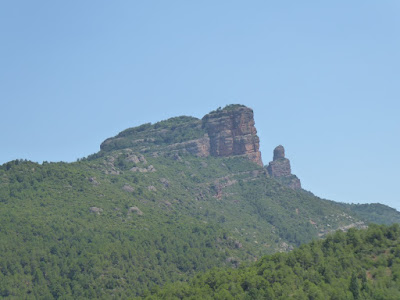 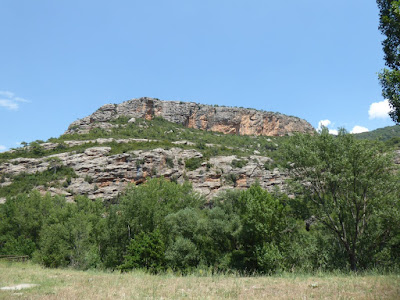 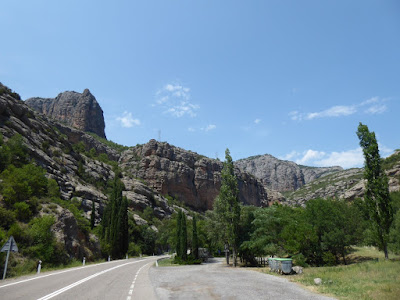 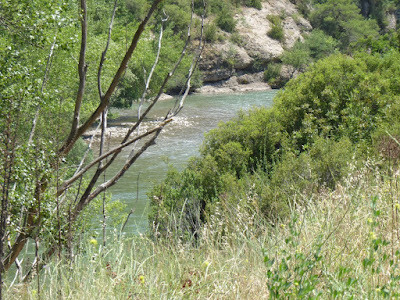 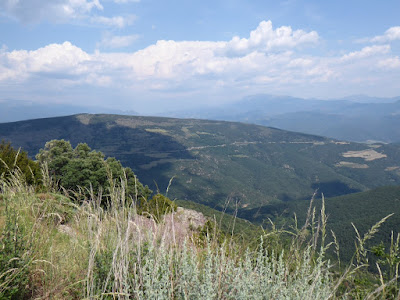 Romanesque Churches Of The Boi Valley, 2

Continuing our visit to the Boi Valley and its Romanesque churches and their murals... 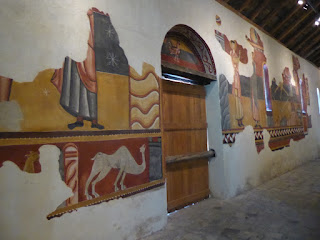 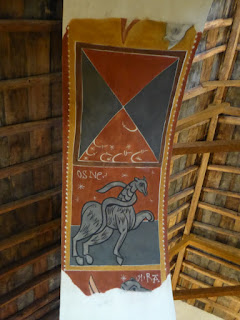 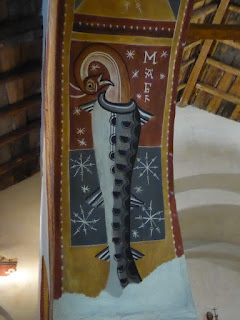 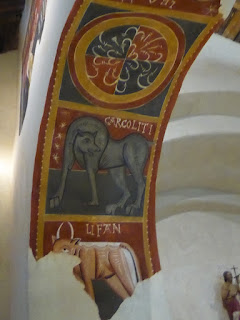 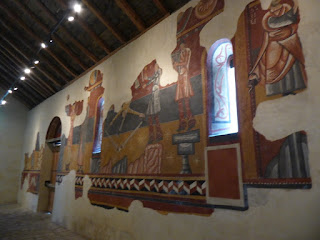 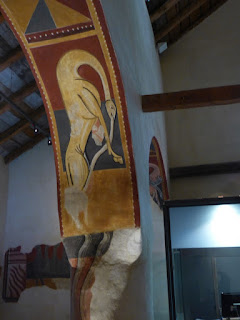