Or funny faces, as I prefer. St. Wulfram's has a line of them from one end of the church to the other, scores of them, some of the more amusing and provocative I've seen. I've added captions here and there; many just leave you speechless. Or wondering...what were they thinking? 12th-13th centuries. 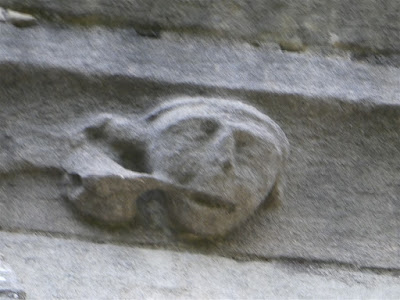 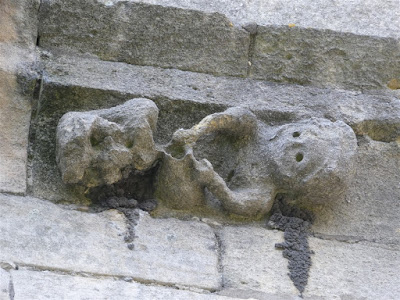 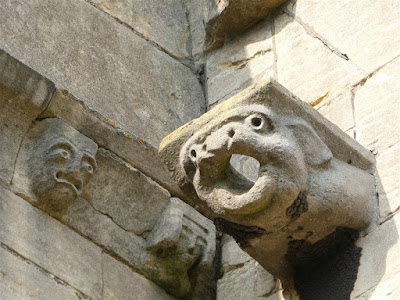 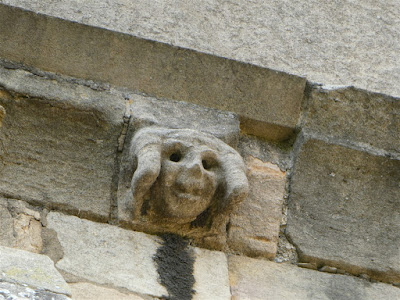 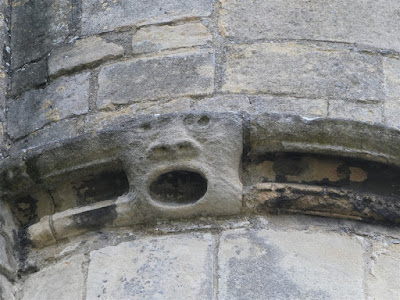 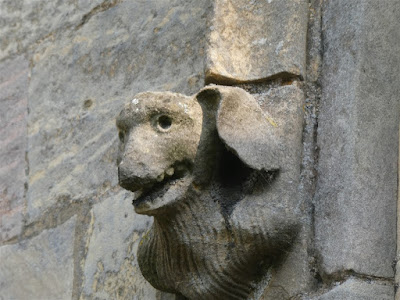 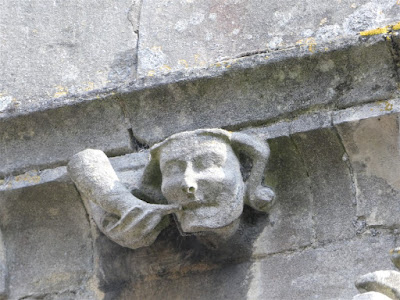 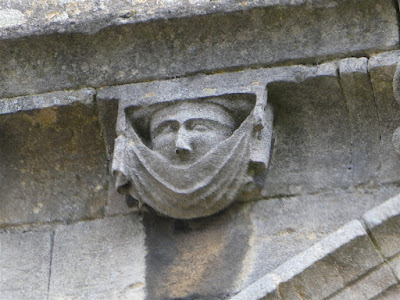 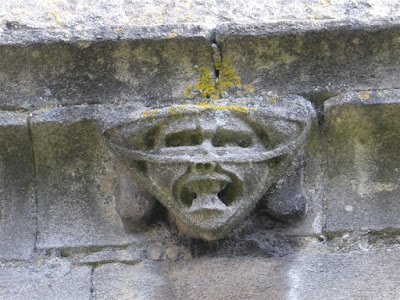 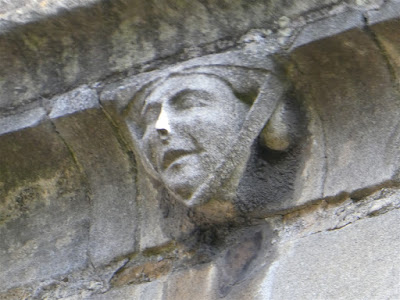 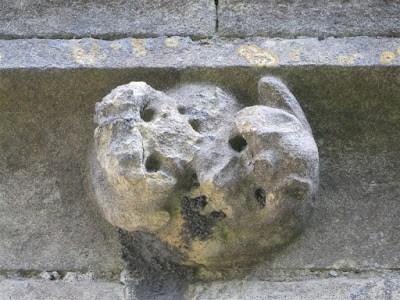 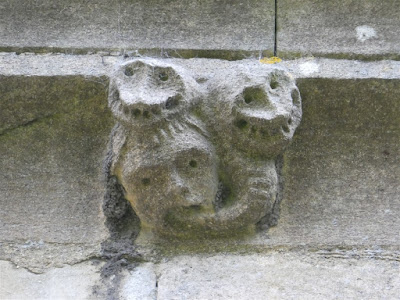 St. Wulfram's is another five-banger. It was near Peterborough, and we'd been there before, way back when, and we couldn't find a place to park our Roadtrek. Something about Sir Isaac Newton. This time we found street parking with ease, just a few hundred feet from the church. St. Wulfram's gets it five Jenkins stars largely for having the tallest of all English steeples, 283 feet. It was erected, so to speak, in the first quarter of the 14th century, and Jenkins speculates it may have been the tallest building in England until the 20th century. I've noticed that nearly all of the five star churches we've visited so far have something to do with size.... Be that as it may, our visit to St. Wolfram's was altered somewhat by our arriving after visiting hours and touring during the rehearsal of the mixed young person's choir, I mean, quire. The church was interesting and impressive, and the music, though halting and repetitious, was beautifully punctuated by giggles. A treat we didn't want to intrude upon. St. Wulfram, BTW, was bishop at Sens in the 8th century, and a missionary to the Frisians, the original speakers of what we now know as English. They murdered him. In any case, it really ties so many things together. The steeple notwithstanding, what I found most interesting about St. Wulframs was the line of funny faces, grotesques, that wrap around the building. Some of the best we have seen on this campaign and worthy of a separate post. 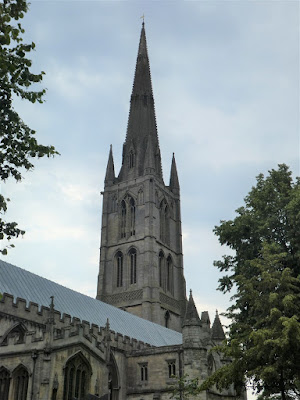 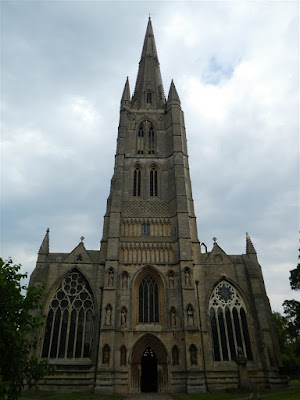 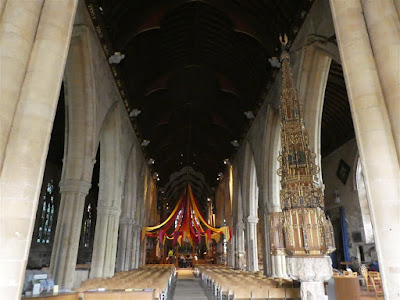 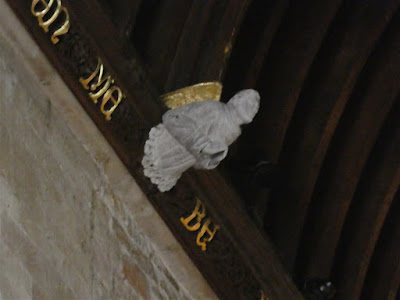 Continuing our visit to Peterborough Cathedral... 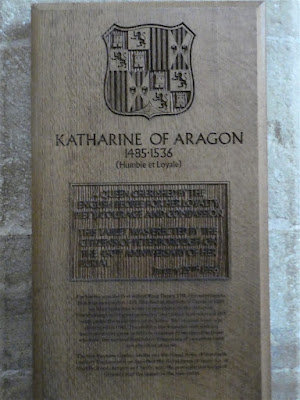 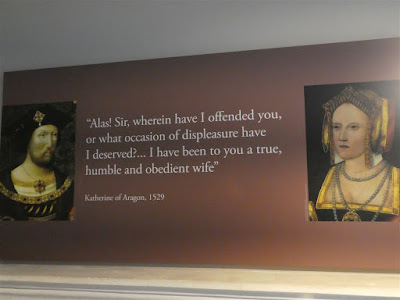 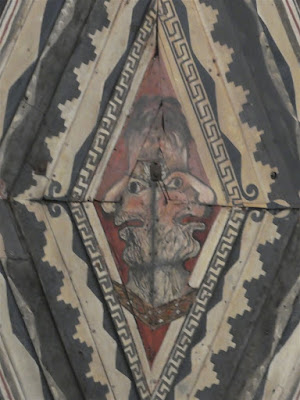