En route to Te Anau on January 30th, we stopped by Lake Manapouri. In addition to the numerous fiords, Fiordland also contains two giant lakes, and many others, left by passing glaciers. Both Manapouri and Te Anau figure in a massive underground hydroelectric scheme, as we'll see. Anyhow, we stopped at the tourist center at Manapouri to see about replacing a T-shirt Vicki had acquired in 2014 during our Doubtful Sound cruise. We proceeded on then to Te Anau, hunkering down at the Top 10 Holiday Park, to let cyclone Fehi pass Wednesday and Thursday. The heavy rains didn't really start until later Wednesday night, and so, apart from walking the town and shopping, we also took a long walk along the lake at Te Anau, to the control gates (hydroelectric scheme) and back. And then we enjoyed the campground's hot tubs, with a lake view, that evening. And then the remnants of Fehi struck.

After Curio Bay we turned about and drove back to Invercargill, stopping there to stimulate the local economy (another Kathmandu, Warehouse, E. Hayes, the famous hardware store, Countdown) and then proceeded westward along the coast, stopping at Cozy Nook and then spending the rest of the day and night at Monkey Island Beach. Next day, January 30th, we left the coast near Mackinnon's Rest, and headed north into Fiordland. 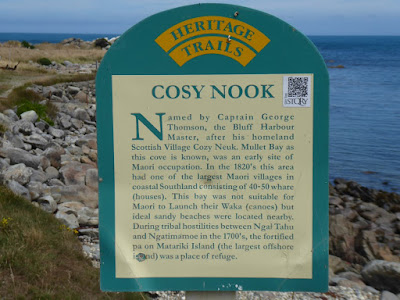 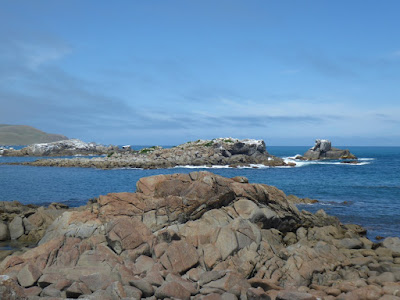 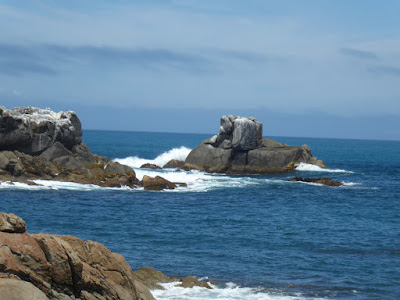 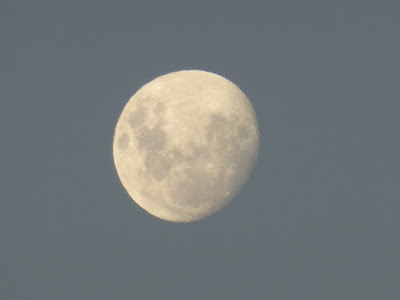 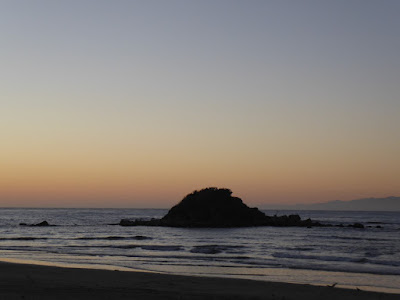 We needed another hike and this 2-3 hour day hike in the bush near Curio Bay seemed right. The vegetation was beautiful and endlessly interesting, but very bush...and humid. 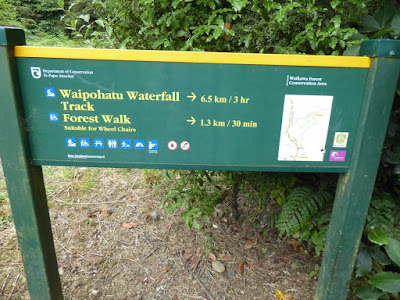 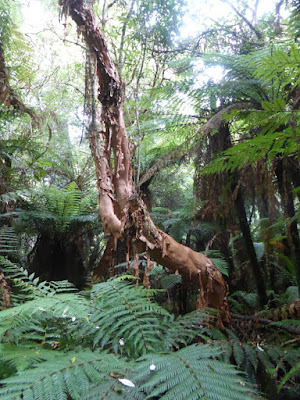 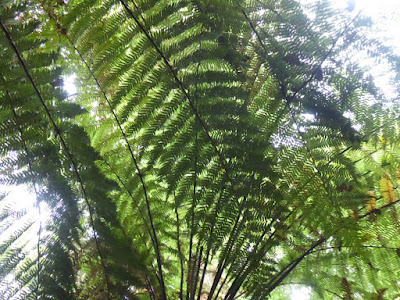 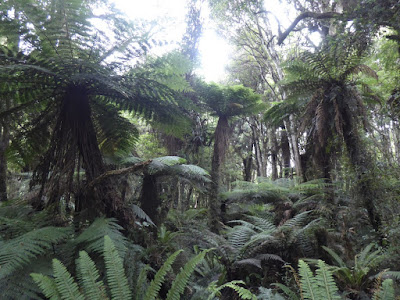 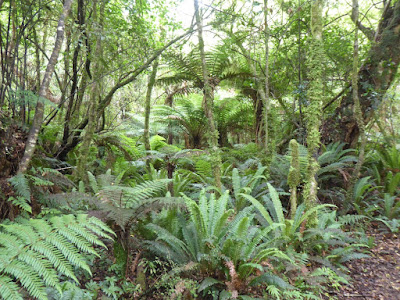 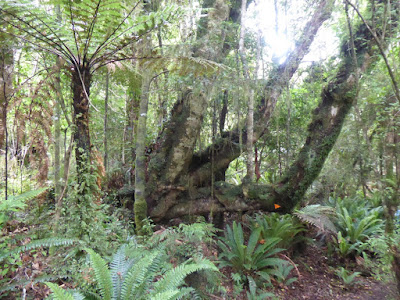 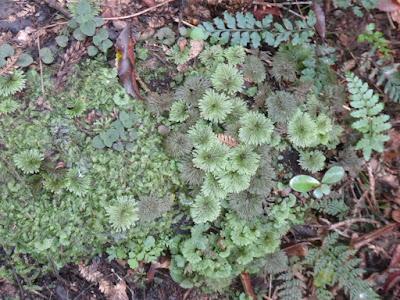 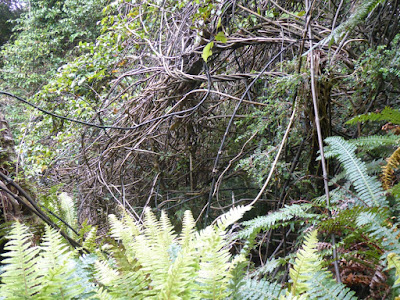 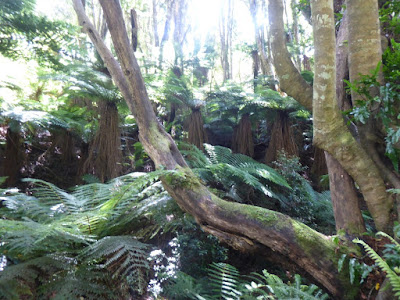 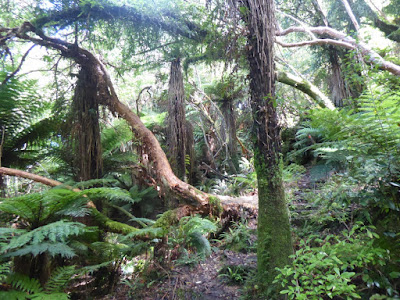