Our Imperial Palace tickets were good for two of the several Imperial Tombs up the river, and another day we hired a car and driver to take us to see the tombs of the emperors Minh Mang and Khai Dinh. The former dates from the first half of the 19th century; the latter was completed just a decade before I was born. Not exactly ancient, but interesting. Two were plenty for us. 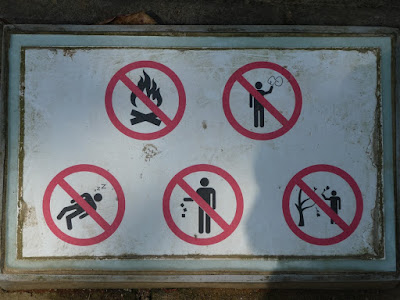 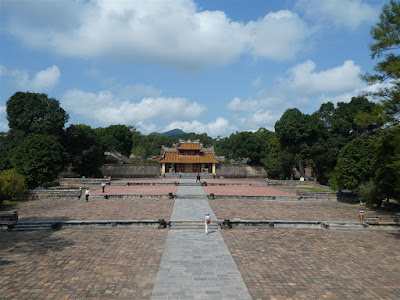 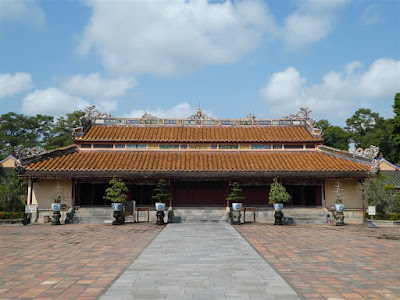 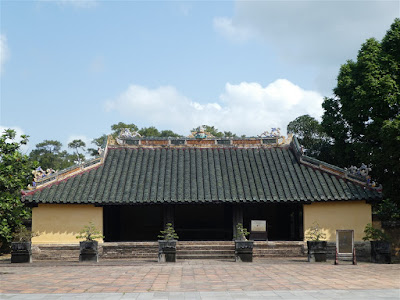 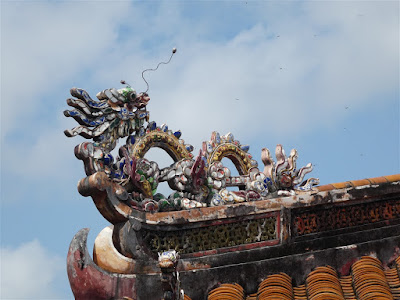 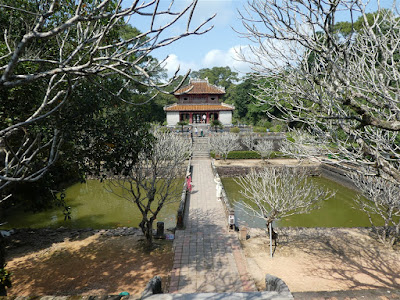 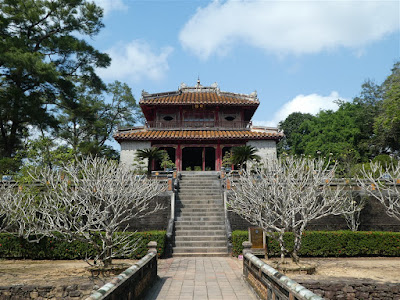 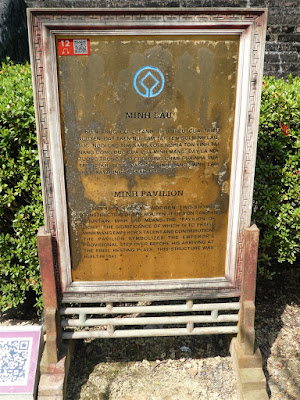 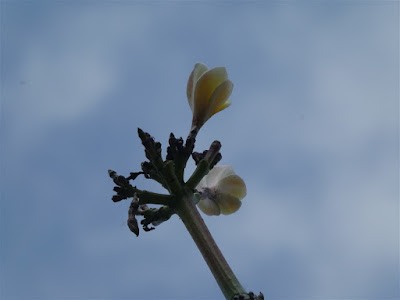 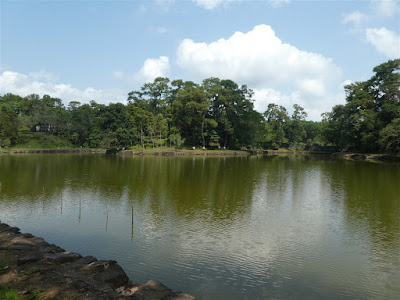