If you travel in the Pacific as we have over the years...western Canada, Alaska, Hawaii, New Zealand, Australia...you know the name of Captain James Cook, whose three voyages in the later 1700s are among the marvels of exploration. Cook was from coastal Yorkshire and apprenticed in Whitby before joining the Royal Navy. At every juncture in his life, he was recognized for his considerable talents, and at every juncture, he chose the more challenging option. Despite his fame, even in his own lifetime, the man is very largely an enigma, and little has come down from his personal life. The museum in Whitby is a good example. Cook apprenticed as a teen under Captain John Walker in Whitby for six years, rising extraordinarily quickly from servant, to seaman, to mate, to master, and was finally offered his own command and the prospect of a life of security and relative comfort, running coal from Newcastle to London. This offer he characteristically turned down, enlisting instead as an ordinary seaman in the Royal Navy, where his rise was similarly meteoric. The museum in Whitby is the Walker house...that is, the house the Walkers lived in some years after Cook had departed. Cook may have seen the house in 1771, during his one return to Whitby after he joined the navy. One sees similar things with a store Cook worked in, the school he attended, the family home on a nearby farm. (He was a son of poor farm laborers). All these have some connection with Cook, but they are not the real things, which 200+ years later, simply no longer exist. But I digress. He is a fascinating if enigmatic character whom we have encountered many times along many ways, and I did not want to miss this principal Cook museum in the area. My visit was augmented by reading Tony Horwitz' excellent Blue Latitudes: Boldly Going Where Captain Cook Has Gone Before. Just before finishing the book, I learned of Horwitz' sudden death on a book tour last May. Journalism and travel writing particularly will be the poorer without him. 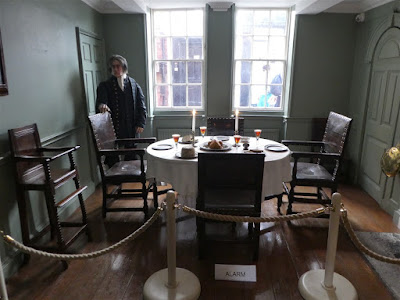 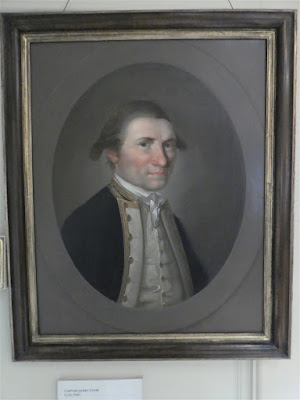 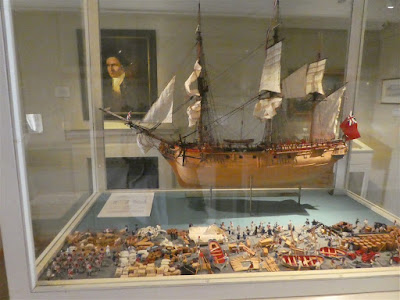